DANSERS VAN MORGEN
Tailor - Made
€ 15,00
*You will have to create an account first before you can buy your streamticket. When you do have an account, please log in first.

IMPORTANT: This performance is a stream. The stream starts on 10th of July at 20:15 o'clock and remains available until 11th of July 23:00 o'clock.

HOW TO ORDER YOUR STREAMTICKET?

﻿1. CREATE AN ACCOUNT (link)
(CONFIRMATION EMAIL CAN COME INTO YOUR SPAM-INBOX)
2. BUY YOUR TICKET OF DANSERS VAN MORGEN IN PROGRAMME
3. SIGN IN ON 10th of JULY 20:15 - PREMIERE
(STREAM AVAILABLE UNTIL 31th OF AUGUST)
4. ENJOY OUR END OF YEAR PERFORMANCE

IMPORTANT: This stream ticket cannot be used
for any other performance in the be-CONNECTED festival.

For several years now, the Dutch National Ballet Academy’s end-of-year performance has been an exciting highlight of the end of Dutch National Opera & Ballet’s ballet season. Due to the corona restrictions that are still in place, this year’s production by the leading classical ballet academy (which is affiliated to Dutch National Ballet) will be presented through live streaming.

The theme of this year’s Dansers van Morgen programme is Tailor-Made, as all the works have been especially choreographed or adapted for this edition. The premiere ballets include new creations by the internationally acclaimed Juanjo Arqués, by choreographer and principal dancer with Dutch National Ballet, Remi Wörtmeyer, and by Ernst Meisner, artistic director of the Dutch National Ballet Academy and artistic coordinator of the Junior Company. And exclusively for this edition of 'Dansers van Morgen', the renowned contemporary choreographers’ duo Andrea Leine and Harijono Roebana have adapted a version of their early hit production 'If we could only even if we could'.

PROGRAMME
All the pupils and students of the Dutch National Ballet Academy are taking part in this edition of 'Dansers van Morgen'. The youngest pupils (NBA 1-4) are performing in a new world dance piece, choreographed by teacher Iva Lešić. Teacher Grigori Tchitcherine is creating a character piece for the pupils of NBA 5 and 6, while choreographer and principal dancer with Dutch National Ballet, Remi Wörtmeyer, is choreographing a new work for the pupils of NBA 7.

The higher professional education students will perform in various works that have been created or adapted especially for them. Artistic director Ernst Meisner has created a big classical work for all the higher professional education students. The programme also includes new works by choreographer Juanjo Arqués and teacher Amy Raymond. And the students will be dancing an adaptation of If we could only even if we could; a very successful early creation by the Dutch choreographers’ duo Andrea Leine and Harijono Roebana

Finally, the programme includes a number of solos from the most recent edition of the Dutch National Ballet Academy’s Choreographic Project. These were choreographed by some of our students and have been developed further since their premiere in December.

The various parts of the performance will be linked together by backstage videos, made by dancer and filmmaker Thomas van Damme, a former dancer with the Dutch National Ballet’s Junior Company and now with Staatsballett Berlin.

10 YEARS OF TAILOR-MADE
For ten years already, the world dance pieces choreographed by Iva Lešić have formed a vibrant highlight of the 'Dansers van Morgen' performances. To celebrate this, Lešić is looking back on ten years of ‘tailor-made’ works and selecting the most festive dances from them. The pupils of NBA 1 are performing an Indonesian sitting dance from Lešić’s production 'Samenwerking' from 2011. For the pupils of NBA 2, she selected ‘Hopa’ from 'Grenzeloos' (2013), an expressive and extremely fast Serbian dance. NBA 3 is dancing the Turkish ‘AsukMasuk’ from 'WereldAct!' (2014), with a comical role for the two boys in the group. The world dance celebration is closed by NBA 4 performing an exhilarating gypsy dance from 'De Wereldexpress', from 2012.

NEW BEGINNING
Inspired by the enormous passion and eagerness of young dancers, choreographer and principal dancer with Dutch National Ballet, Remi Wörtmeyer, has created 'New Beginning' especially for this edition of 'Dansers van Morgen'. It is an extremely energetic neoclassical ballet with light-hearted elements, and its dynamic, complex patterns and fast tempo make great demands on the eighteen students of NBA 7. For Wörtmeyer, this period is also a reset, as it were, following the corona lockdown. It is a new beginning, whereby the students – and all of us – will hopefully also retain some positive memories from the times we are leaving behind. Wörtmeyer has set his creation to five sections from the well-known 'Carnival des Animaux' by Camille Saint-Saëns and has designed the cheerful costumes in fresh whites, yellows and blues himself.

ONCE REMEMBERED AND THEN LOST
Teacher Amy Raymond was also inspired by the events of the past corona period for her new creation Once Remembered and Then Lost. Set to music by the avant-garde cellist Zoë Keating, her work is a reflection on what has happened to us, whereby the first section refers to how life was before the pandemic and the second to a life where we initially lost control completely. Having set up the structure of her piece, Raymond then gave the ten Bachelor’s students total freedom to incorporate their own experiences and emotions, and their own loss – however big or small – into the choreography. Once Remembered and Then Lost therefore tells not just one story, but different stories at the same time.

CHOREOGRAPHIC PROJECT HIGHLIGHTS
This academic year, the Dutch National Ballet Academy organised another Choreographic Project, as in the two previous seasons. The project gives an opportunity to pupils from NBA 5, 6 and 7 and students on the AD and Bachelor’s programmes to create their own works with a cast of dancers they choose themselves, and thus discover and develop their choreographic talent. Once again, over twenty pupils and students took part in the Choreographic Project. For this edition of 'Dansers van Morgen', we have selected three of their creations, which the choreographers-to-be have been able to develop further since their premiere in December.
We are presenting:

JOTA
For this tailor-made edition of 'Dansers van Morgen', teacher Grigori (Grisha) Tchitcherine created a character dance for couples, for the pupils of NBA 5 and 6 and a few boys from NBA 7. He took inspiration from various character versions of the Spanish jota and from Capriccio Brilliante ‘Jota Aragonesa’ by Mikhail Ivanovich Glinka, regarded by Tchitcherine as ‘the father of Russian music’. During his life, Glinka spent two years in Spain and took the well-known Spanish folk dance as the starting point for constructing a symphonic work. Tchitcherine says he is doing just the opposite. He is stripping Glinka’s composition of its most symphonic elements in order to retain the most authentic jota melodies, which are easier to dance to.

IF WE COULD ONLY EVEN IF WE COULD (FRAGMENT)
LeineRoebana, the company of Andrea Leine and Harijono Roebana, occupies its own special place in the international dance world, due to the duo’s unique, distinctive dance idiom and way of working. For 'Dansers van Morgen', the choreographers’ duo is making an adapted, abridged version of their hit production 'If we could only even if we could', from 1995. The movement material is characterised by irregular, quirky shapes, which incidentally must be performed with the greatest precision. Another feature of the piece is its ‘physical schizophrenia’, meaning that the movements come from different centres in the body, rather than one single centre.

WANDERER
The internationally acclaimed choreographer and former soloist with Dutch National Ballet, Juanjo Arqués, has also created a new tailor-made work for this 'Dansers van Morgen' edition. For 'Wanderer', set to a piano composition by David Lang, Arqués was inspired by the refugee crisis and, more generally, by everyone who makes radical decisions and goes in a new direction – maybe partly as a consequence of the corona crisis. The five dancers in 'Wanderer' represent a group of friends or family who leave their home in search of a new future and greater stability. In the end, however, each individual has to make their own choices, and not everyone’s dreams come true.

POULENC SUITE
For the festive finale of this edition of 'Dansers van Morgen'­, artistic director Ernst Meisner has created a big classical work for all 38 higher professional education students. Although restrictions were still in place in recent months on how many students could be in a studio at the same time, Meisner believed that the young dancers should still get the opportunity to prove themselves in a large-scale ‘tutu ballet’. He chose to set it to Poulenc’s Concerto for two pianos, an extremely lively composition consisting of short sections with many different rhythms, so that he could split the students up into smaller groups. In view of all the face-to-face classes they have missed over the past corona year, the idea was to challenge them to shine at the highest level, in a safe and responsible way. 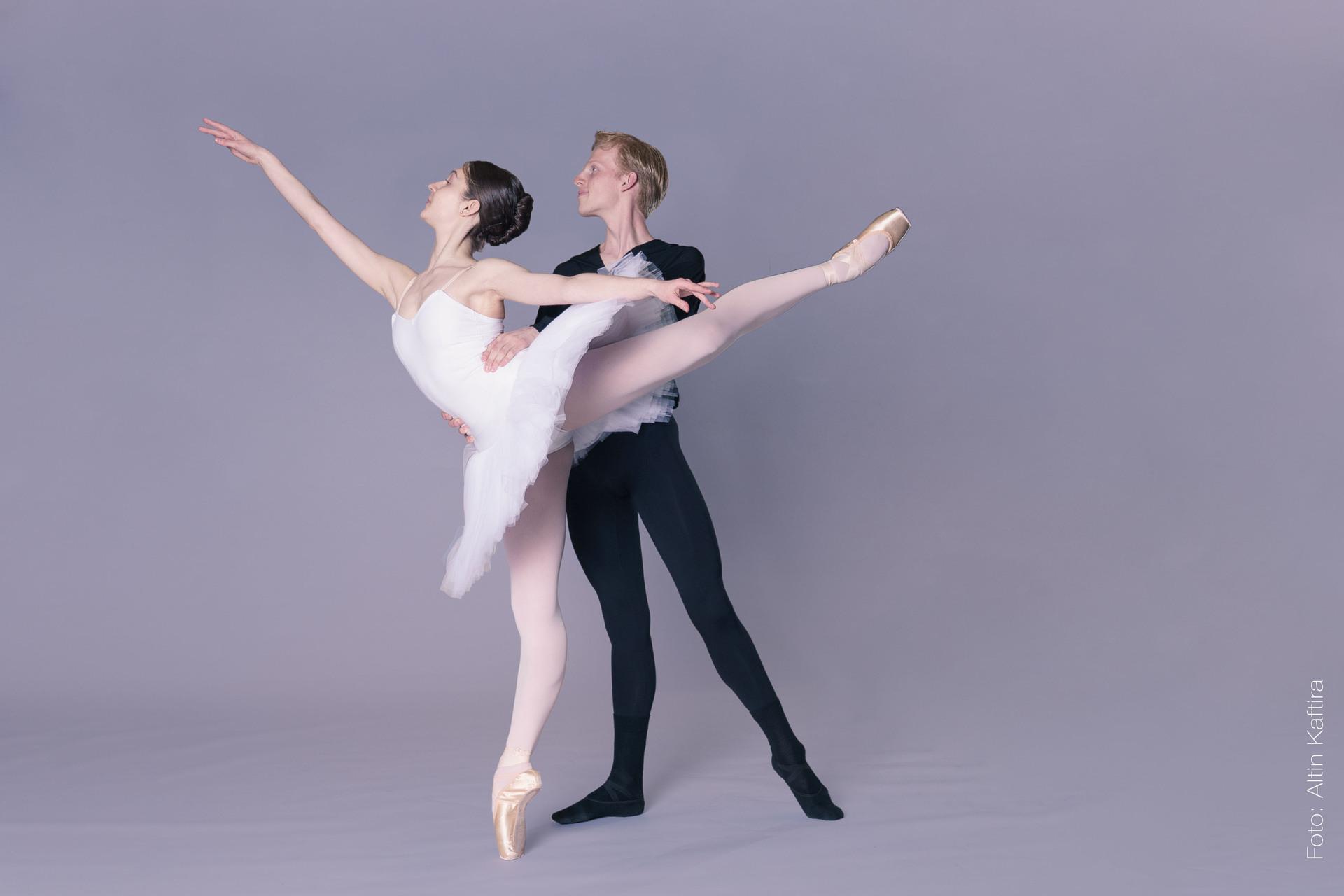 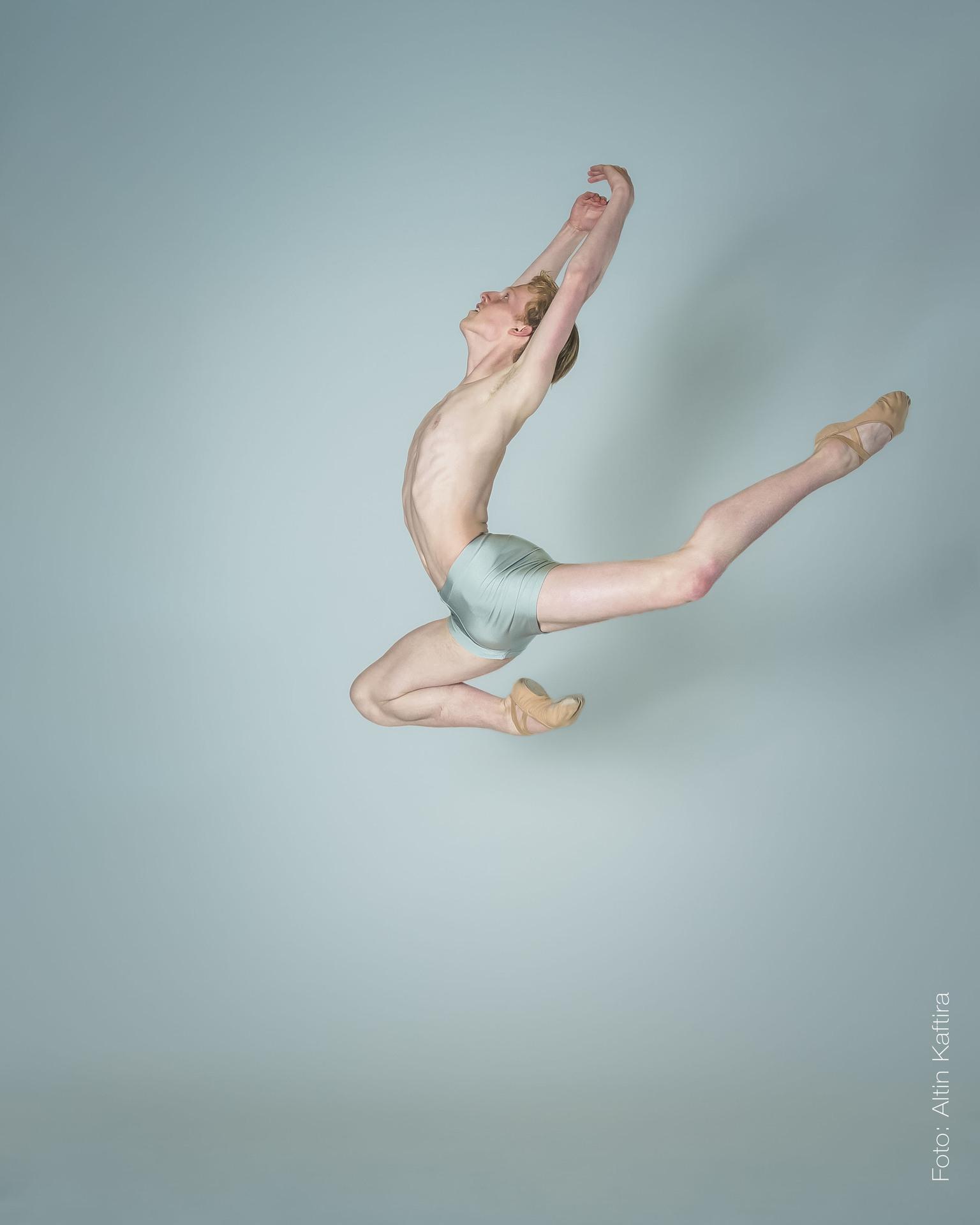 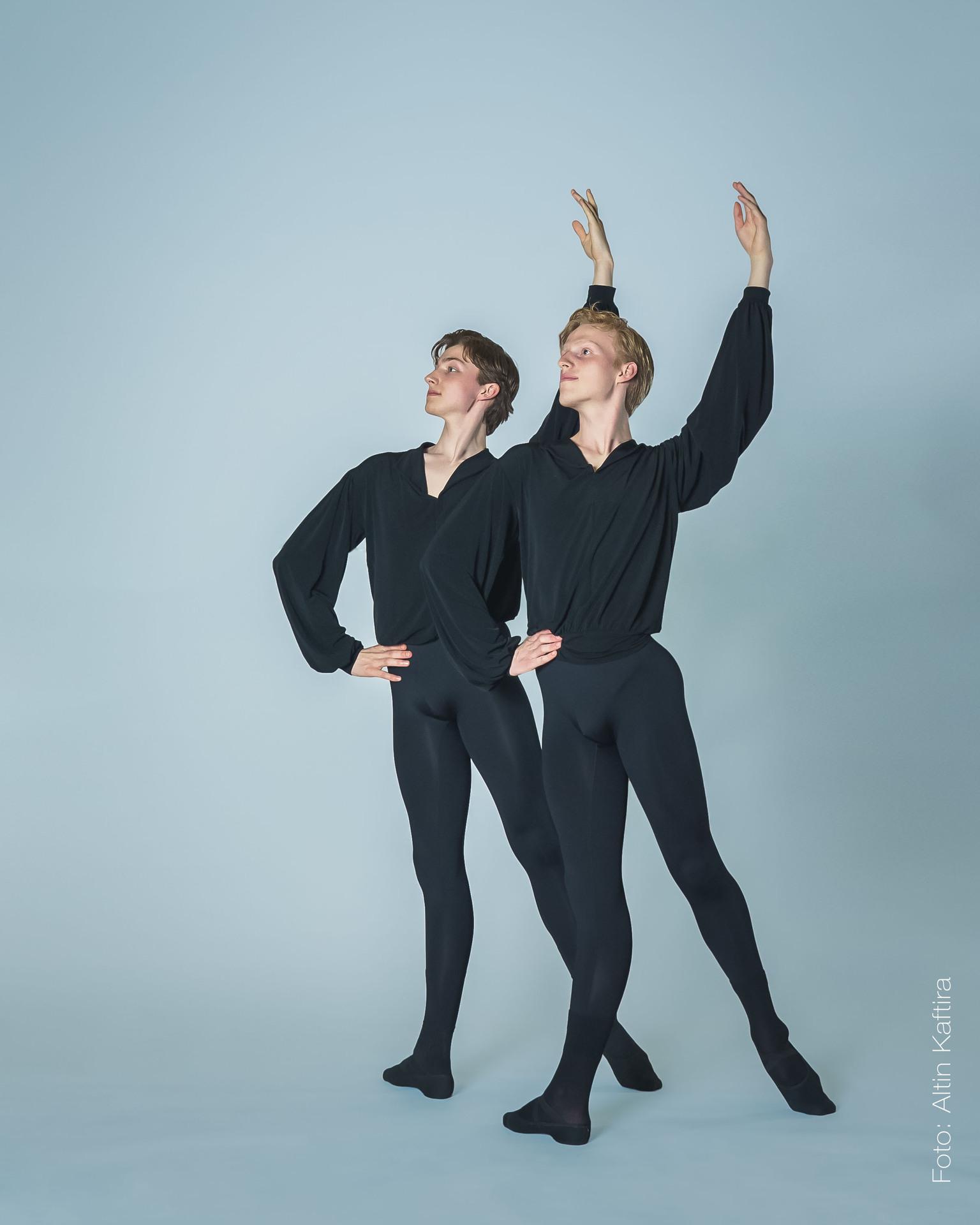