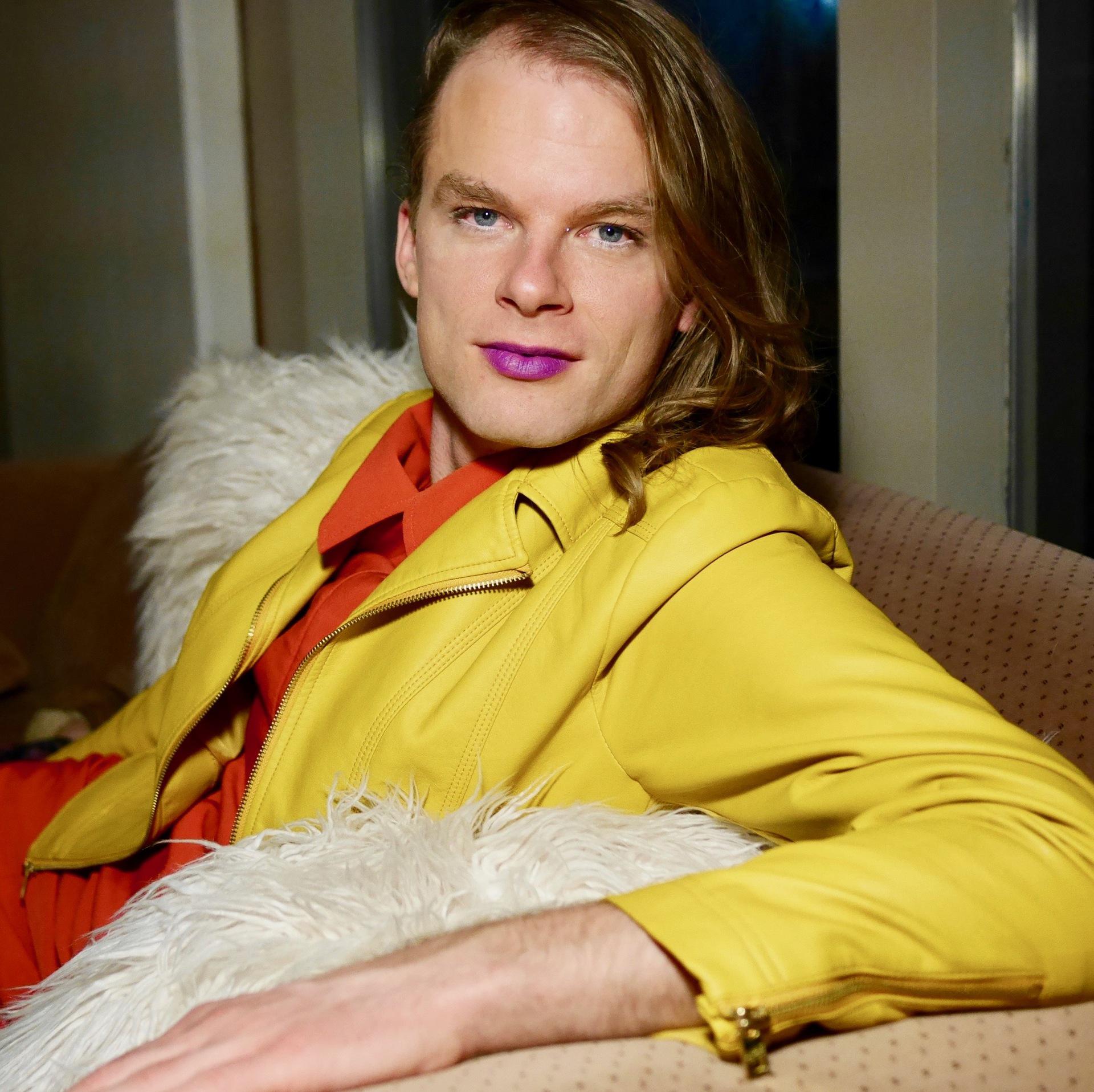 Eli Steffen (She/her) is a speculative artist working in the fields of performance, visual art, and curation. She is a trans choreographer from the US, currently based in Amsterdam.

Eli was recently awarded a Balkonscènes subsidie from Fonds Podiumkunsten to remount their graduation piece Ephemeral Archives in August. In spring, 2021 they completed a DOOResidency in Zaandam.

Eli studied theater and community development at Sarah Lawrence College. She has also studied Viewpoints and Suzuki techniques in SITI companies nine-month intensive. Eli is completing their studies at DAS Theatre, a post-graduate scheme for theatre makers and curators within the Amsterdam University of the Arts.

Eli has been commissioned and produced by Gay City, On the Boards, Studio Current, (Seattle,) Risk/Reward (Portland,) Dixon Place (New York,) and Vashon Center for the Arts (Vashon Island,) among others. She has danced for Fox Whitney’s Gender Tender at Velocity Dance at (Seattle), A.O. Movement Collective at Loft 172 (New York), and Venessa DeWolf at the Good Shepherd Center (Seattl.) Her curation has been featured in the Special Effects Festival (New York,) NW New Works Festival, as well as their own productions The Temenos Project and the Rain City Advice Hour (Seattle, WA.)

At the heart of my artistic practice is the pursuit of a queer belonging, an effort to entangle with others and the world beyond the normative structures we have inherited. These constructions, whether heteronormativity, whiteness, patriarchy, are violent and my work attempts to add cracks to these faulty systems. I believe art to be both result of what was, a reflection of what is and an image of what might be.  I seek to tell stories and visions of alternative ways of being together: of monstrous others, faggots and sissies, chthulus and fairies, trash heaps and ghosts.

My art takes on several forms. For many years I have been creating participatory performances which engage audiences with questions of personal truths, communal identities, and systems of violence. My participation takes two general forms. The first are games, often times familiar, childhood ones which I queer to allow us to grapple with the effects of what made us, both the personal and cultural, our histories and socializations. I also create ritualistic participatory performances which flow from my childhood spent in Islamic ceremony, gay and hippy neo-Pegan gatherings, and anti-capitalist youth art camps. I construct structures to build spaces to inhabit hard feelings, histories, and realities together. In creating sacred spaces with clear expectations of behavior and space for contemplation, I allow audiences to feel into a re-examination of the personal and systemic realities of the world we inhabit, its messy politics and their consequences.

At the same, my sculptural work is an exploration of abstraction. Drawing on queer understandings of the political potency of moving beyond the figuring, and thus evidencing, of queer bodies, my sculptures make space for queer experiences, longings, and losses that do not need to be proven. Working mostly in what I call Vessels, my sculptures are an invitational practice towards non-corporeal entities such as ancestors, ghosts and divinities. This is an exploration of intuitive opening to the possibilities of the present-absences as well as an exploration of the power of invitation within an indeterminacy of its acceptance. Another aspect of the sculptural work is an understanding of them as a live art, not static and finished, but constantly undergoing transformation. This is created through the use of unfired clay which dries and must be rehydrated.

Finally, I have been working with choreographic scores to investigate how performers can draw movement from both the work of sculpting and the presence of non-corporeal others. This creates an interplay between the sculpting and the performing, enhancing the reality of sculptures as things caught up in the ongoingness of becoming. 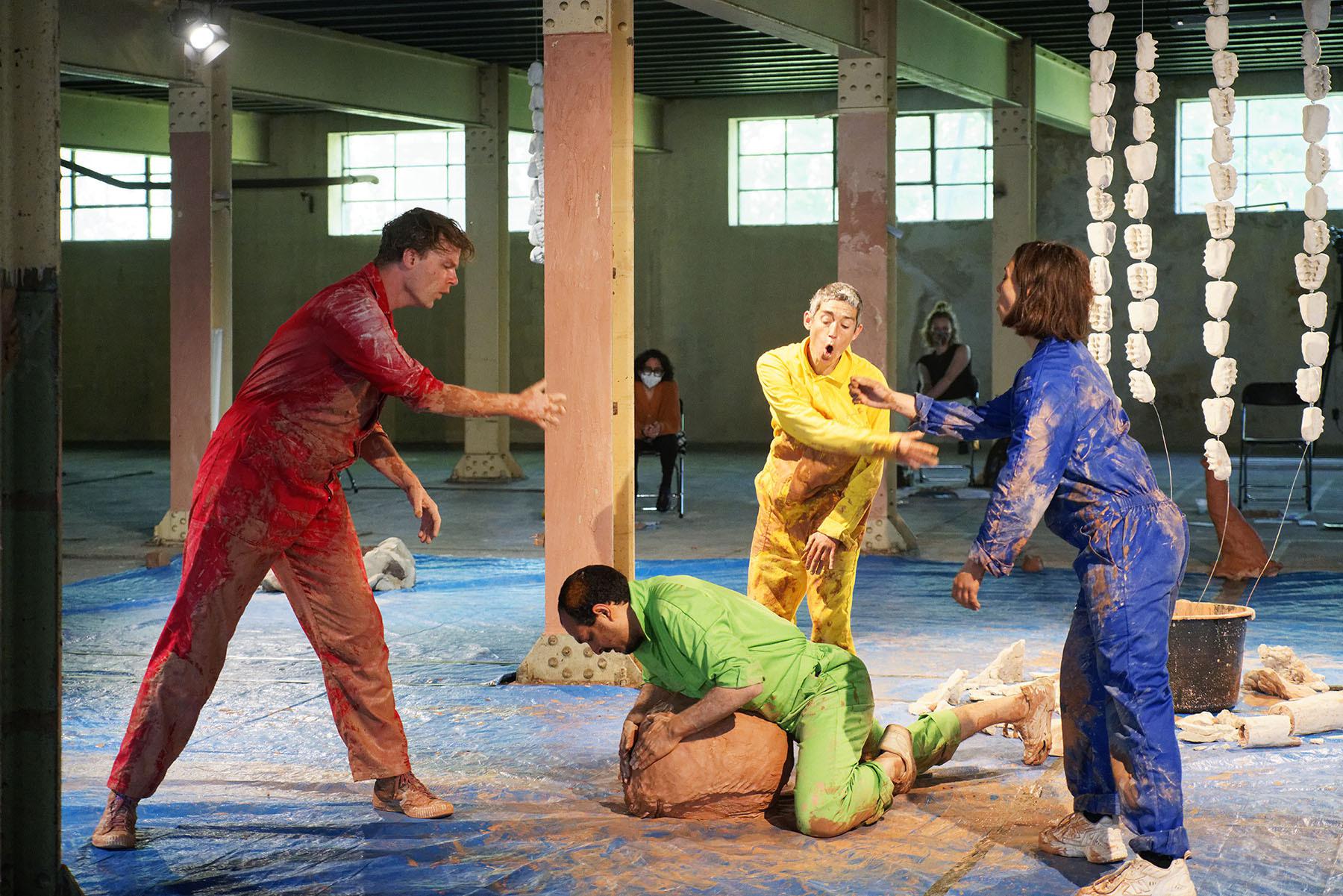 is a participatory, ritualistic performance which invites audiences to sit into what is and is no longer. In an unfolding environment of clay sculptures and moving bodies, a practice of contemplation and touch grows through observation and engagement with moist, wet clay and its varied temporalities. Clay offers its own clock through cycles of drying and rehydrating. It takes the outline the sculptor’s shape through movement but also pushes back, reshapes the human.

Drawing on lessons of New Materialism, is a space of indeterminacies. The sculptures and movements serve as invitations for non-corporeal entities (ghosts, ancestors, divinities, etc.) to inhabit the space and the minds of the performers and audience alike. Rather than being preoccupied with what is real, Ephemeral Archives is a moment to sit with and expand into the questions, the uncertainties, maybe even the indeterminacies of the ghosts and hauntings we bring with us. To sit together with what is and what is no longer, what could be, what might have been, and what might still be.

You are invited to sit with us. What forms will you choose for yourself and which will you offer?

Special thanks to: Lewis Young 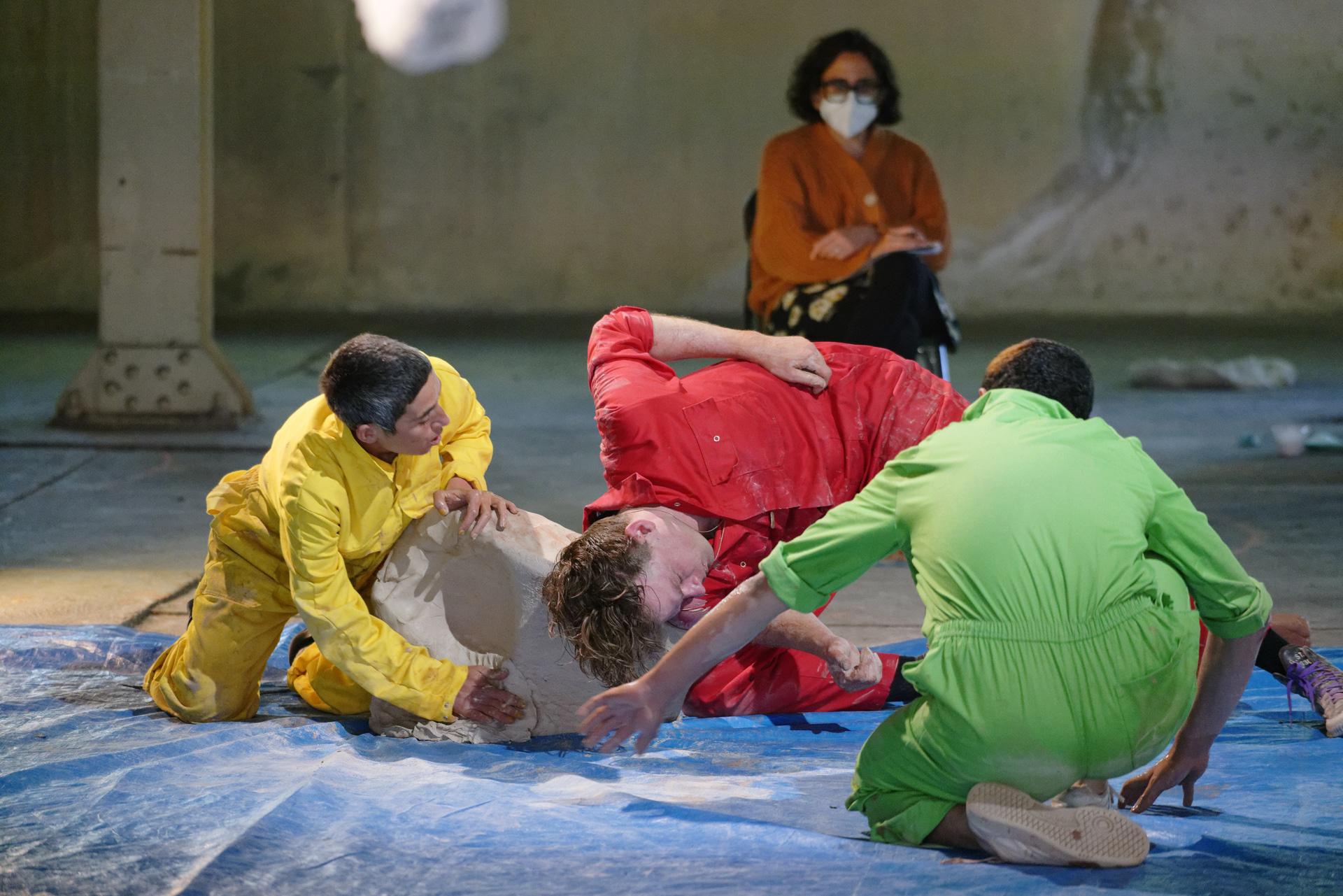 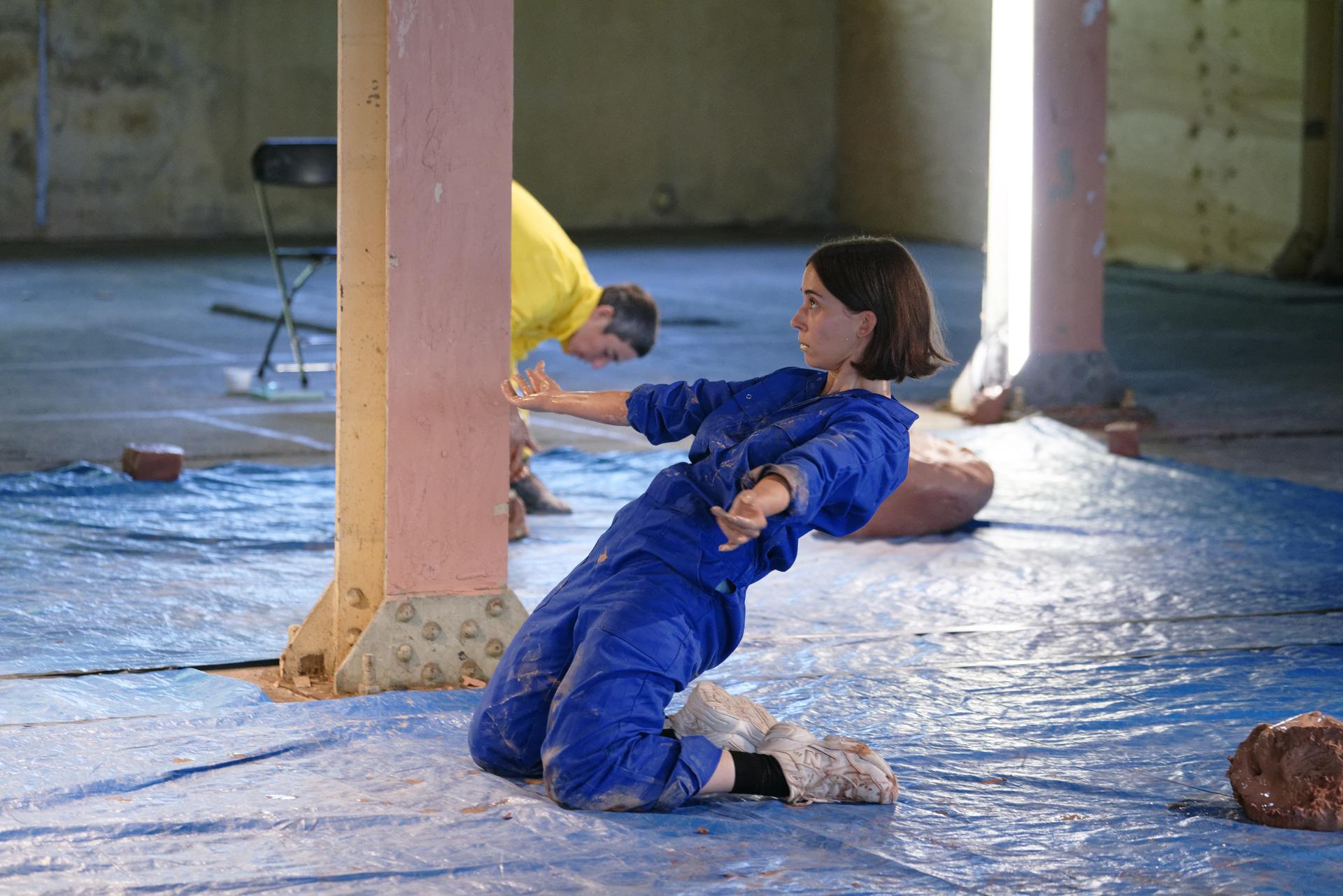 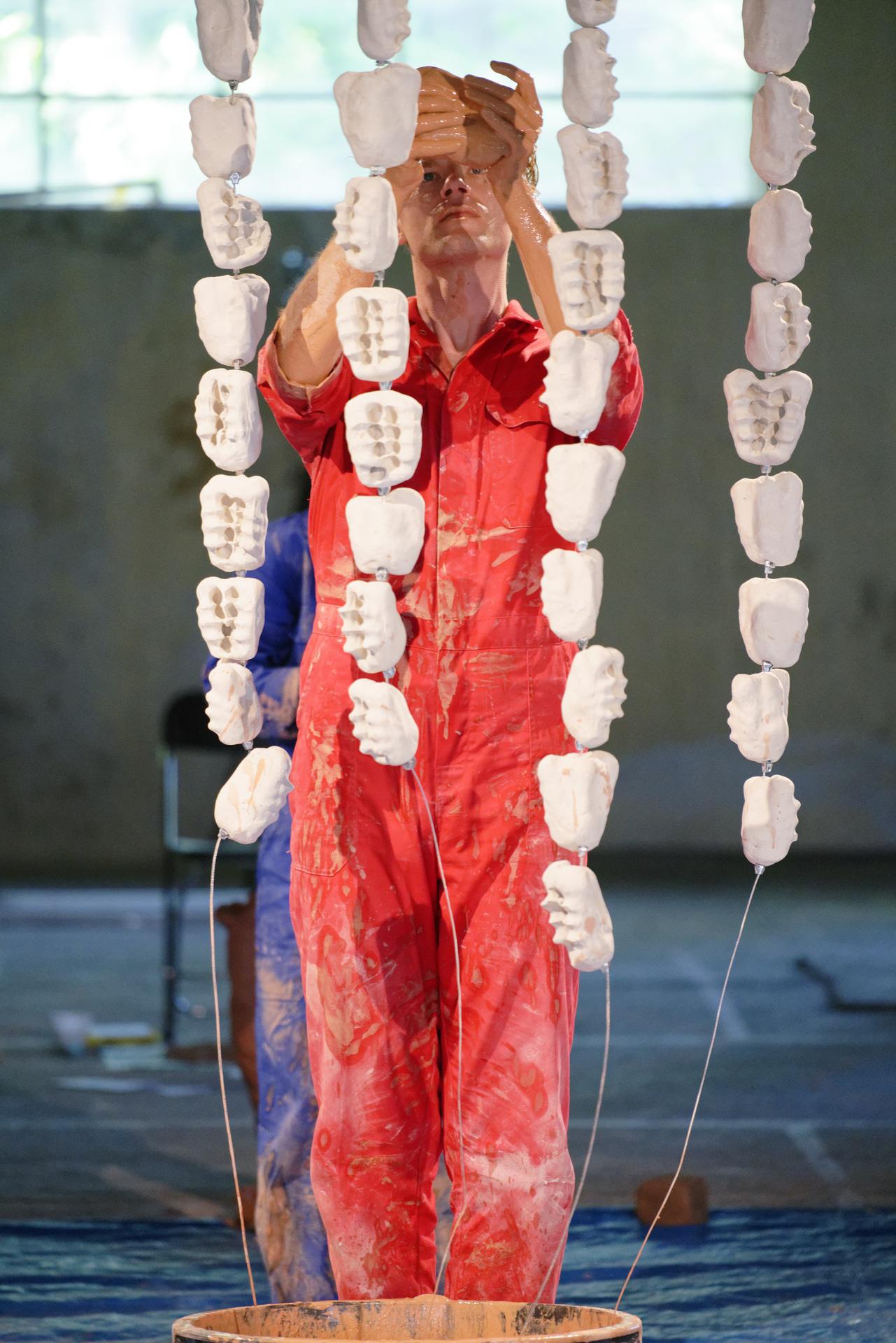 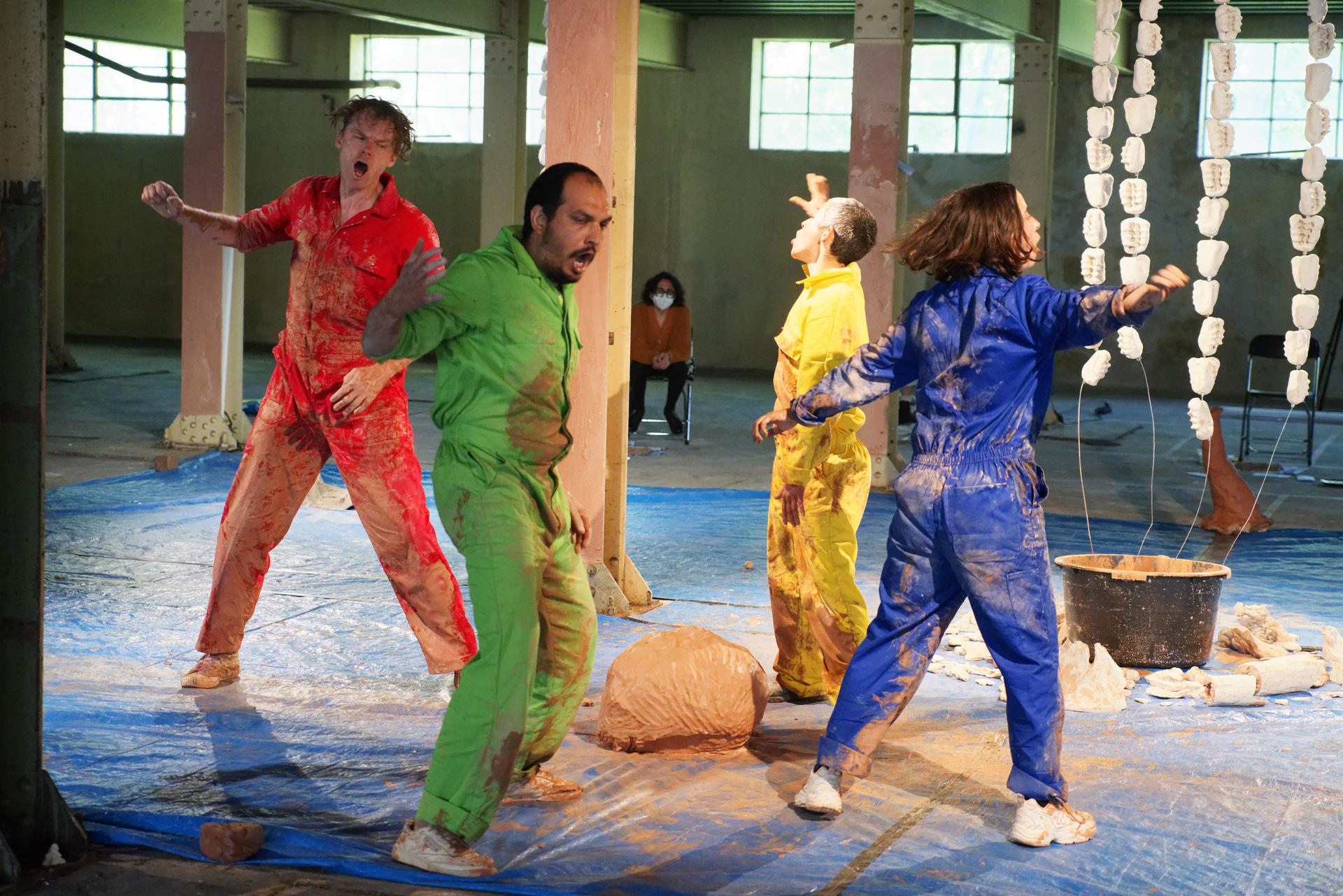